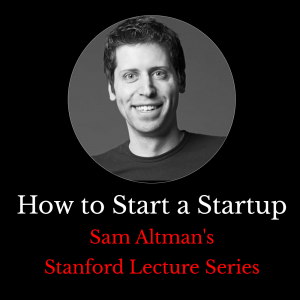 Mr. Samuel H. Altman, also known as Sam, is the CEO of OpenAI since 2019. He set up the company. Mr. Altman is an Advisor and Member of Board of Overseers at Y Combinator Management LLC since May 20, 2019. He served as the Chairman and Member of Board of Overseers of the firm from 2019 until May 19, 2019. Prior to that, Mr. Altman was a Partner of the firm and served as its President until 2019. He had been a Spokesperson of the firm. He was a Part-time Partner of Y Combinator and served as its Chief Executive Officer. Mr. Altman founded Hydrazine Capital and has been its General Partner since April 2012. He co-founded Loopt, LLC 2004 and served as its Chief Executive Officer. His primary responsibility within Loopt included driving the product vision, assembling a passionate team to realize that vision. Mr. Altman served as a Senior Vice President of Interactive at Green Dot Corporation from March 2012 to November 2012 and its Chief Technology Officer from July 2012 to November 2012. He served as an Executive Vice President of Mobile Products and Technology at Green Dot Corporation since November 2012. Mr. Altman serves as a Member of Board of Overseers at Y Combinator. He serves as a Director of Reddit, Inc. and Teespring, Inc. He served as Director of Green Dot Corporation from March 4, 2013 to April 11, 2016. He served as a Director of Loopt, LLC. He is known as a mobile technology leader and innovator in Silicon Valley and the inventor of Geolocation mobile messaging. Mr. Altman studied Computer Science in Security and Machine Learning from Stanford University.

How to Start a Startup

Everything we know about how to start a startup, for free, from some of the world experts.

How to Start a Startup is a series of video lectures, initially given at Stanford in Fall 2014. Videos are under Creative Commons. The full breadth of episodes (20) are listed below in order:

How I Built This with Guy Raz
Scroll to top
Login
Lost Your Password?